Wow!  What a busy summer it was.  Between races and work, it never slowed down.  So I thought a recap of the summer would be fun! … And maybe a little reminder to not try to cram so much into 4 short months next year.

This was probably my favorite race of the year.  Mostly because I get marathon credit for it (even though it was not the time I hoped for) and also because, if you know me at all, you know I’m a HUGE Husker fan.  So finishing at Memorial Stadium is pretty special to me.

This race is a spin off of the Bolder Boulder.  It’s out in the middle of nowhere and you end up racing horses and kids on bikes.  Laid back and a great run for memorial weekend.  Plus, you finish with maple sticks.

Yes, I hid my nasty fingernail with my snapchat text.

Anyway, onto the next month.

This. Race. Sucked!  I don’t know if it was the weather heating up, or the route.  But by the end of the summer, I didn’t want to see this Reservoir again.  You’ll see why, as the summer goes on.  I did get 2nd in my age group, though.  Yay, for age group awards!

Yuma is my hubbies stompin’ grounds.  But this day they were mine.  It makes me feel like a fast runner when there isn’t a huge crowd there, running.  So I got 2nd overall (2nd Female, also) and won 3 different medals!  I also won a bag o’ beans and a registration to another race that I’ll recap once I get to September. Phew. 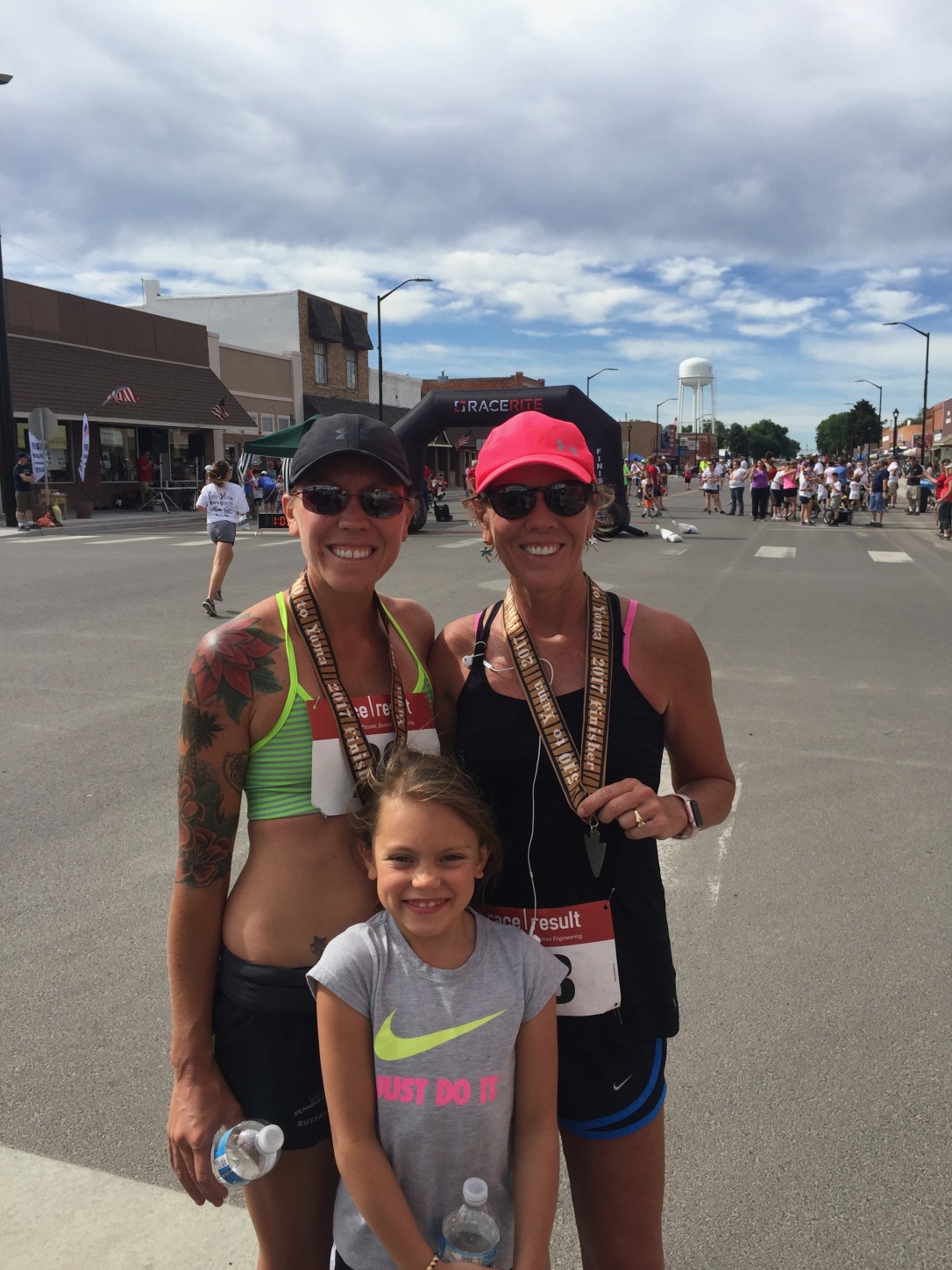 My very first Olympic Tri!  It was an absolute beauty.  I was scared to death to get into the was when it was 67* and 52* outside.  I really doubted my choices in life, at that point.  But when I jumped into the water and it felt like a hot tub, I knew I’d survive it.  I did.

As you can see from this picture, I was angry at myself for putting myself in the position.  Being cold and jumping on a bike is not the warmest thing.

Tri on the Plains

Ok, I cheated.  I didn’t participate in this one.  But I did organize the – event on minimal sleep, the same weekend as the Lake to Lake Tri (I’m tellin’ ya, my decision-making is lacking sometimes)…  Which was a task all on its own.  So I get to count it.

I didn’t have any pictures of me in action, so here’s one of me after.  Drinking and in dire need of a shower.

This run will forever be an amazing memory for me.  My 7-year-old daughter learned to ride her bike a few weeks before this, so I gave her a shot to ride with me.  Man, did she ever.  Not only did I win overall female, she rode with me and pushed me through this the whole way!  It was the most incredible feeling finishing with her by my side.  She’s awesome. 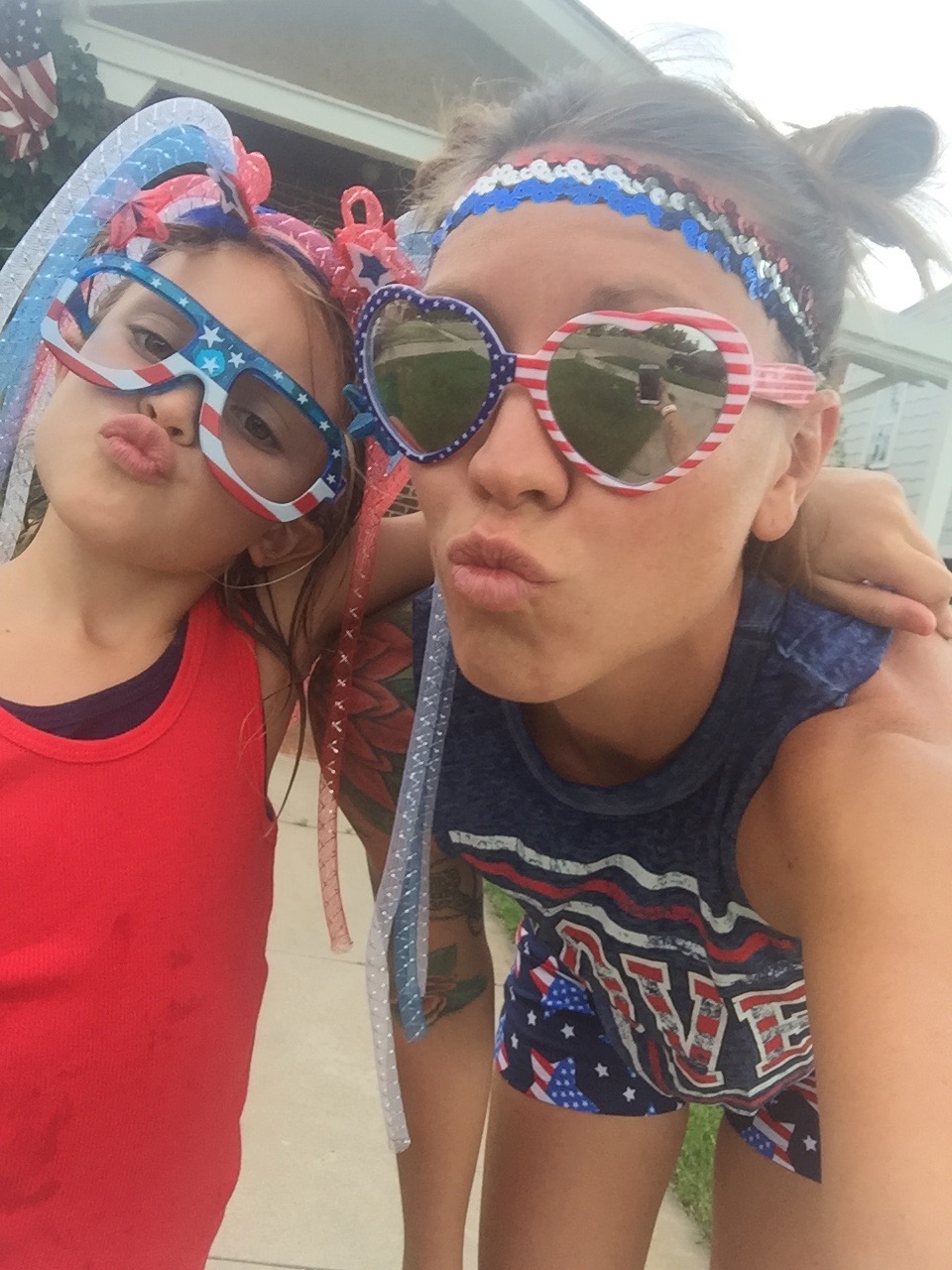 My lovely friend, Sheila, kept making me sign up for events this summer.  This was one of them.  We were prepping for Boulder Ironman (August), so we thought this was a great training run.  But once again, I had to run around the Boulder Reservoir.  Which I absolutely love… NOT. 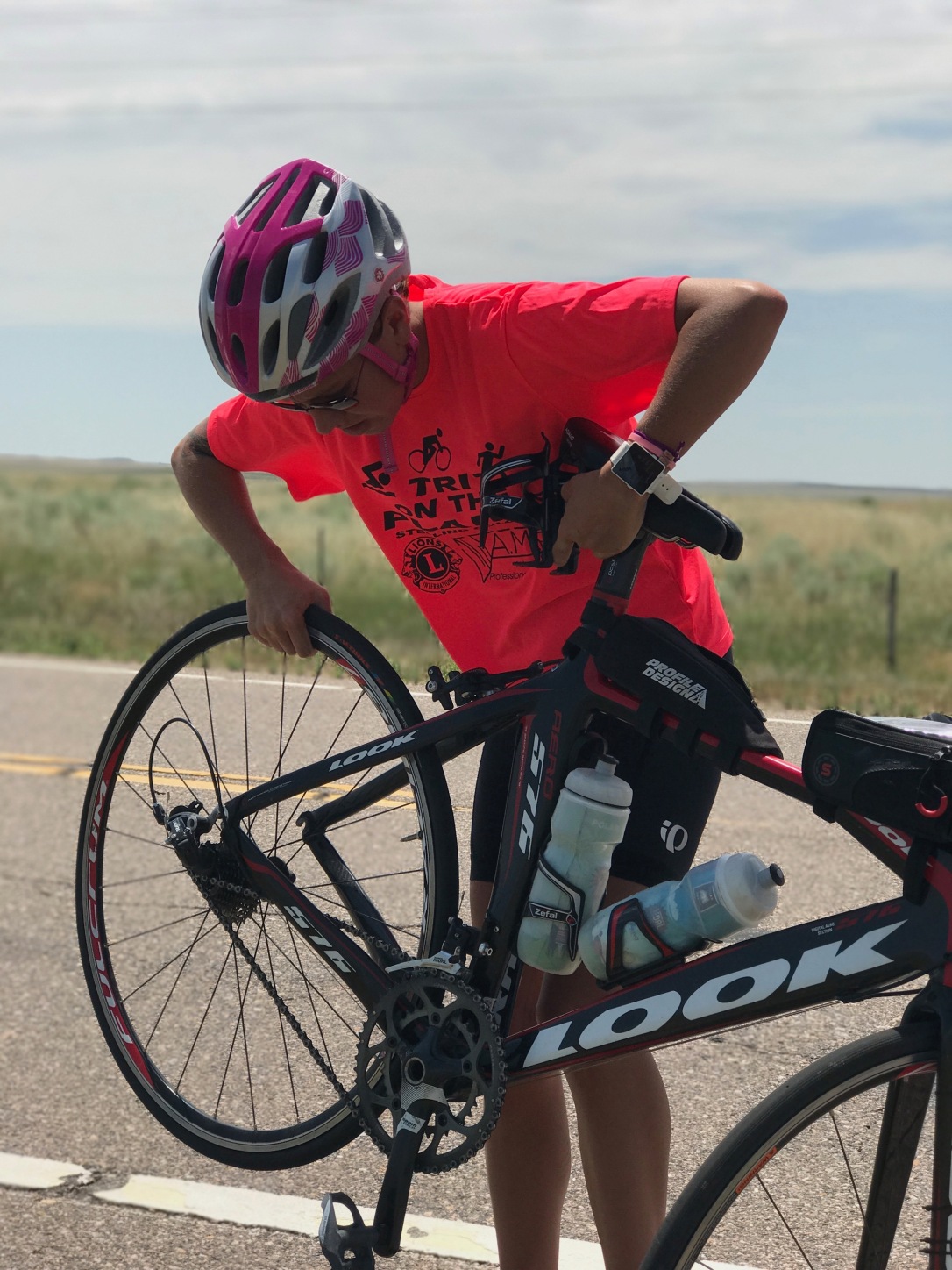 Oops, no pictures of that Tri.  So here’s a picture of me learning to change a back bike tire on a training ride.  I am now a busy-highway-tire-changing PRO.  And my mom has a great iPhone 7 that does cool portrait pictures.  So she takes great quality pictures of people while they do all the hard work. 😉

Dash for the Splash Sprint Triathlon

I’ve done this race every year they’ve had it and it never gets old!  It’s super short, so it’s easy for me to wrap my head around but every time I do it I’m exhausted when I’m done.  It may be short but that’s why it has the word “sprint” in it.  That’s not a word I’m very familiar with.  I like to go slow, not fast.  So this is 55 minutes of High Intensity racing.  They also have GREAT prizes!

The big dawg.  The reason my summer consisted of races almost every weekend.  The reason my friend Sheila is no longer my friend (just kidding!!).  She suggested last fall we register for this and I thought she was crazy.  I mean, run a half marathon after a 56 mile bike ride, no thanks!  But then she got “the backpack” and I couldn’t NOT register for it.

Anyway, long story short.  We did it.  Sheila, my Dad (because he’s a sucker, too) and myself.

I owned the Bike

We each killed one of the events.  It was awesome.  I felt SO accomplished to finish 70.3 miles.

The swim was pretty easy.  But out of over 6 hours this is only 35 minutes of the entire race. 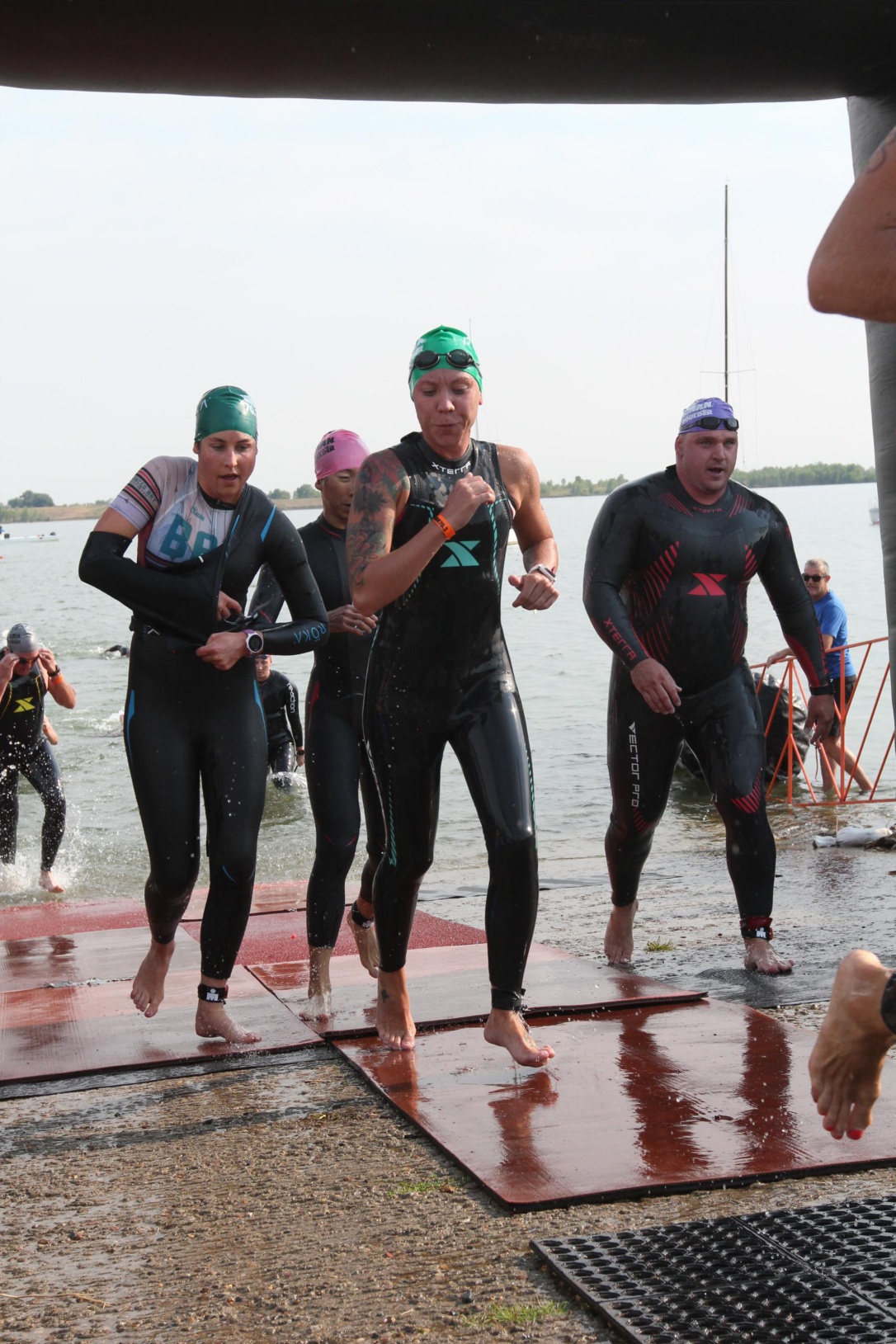 The bike was amazing.  It was all downhill and it was relatively quick!

The run was rough.  After 56 miles of biking, it’s hard to run anyway, let alone 13.1 miles.  And of course, it was around the Boulder Reservoir… Twice.

I cried at the finish.  I’m not sure if it was the accomplishment, or grateful to be done.  But I’m doing it again next year.

This was the race I won the free registration to from the 5:10 to Yuma run.  It was the first time they ever put on this race and it was great!  It ended up finishing at the new and CSU stadium.  I had a cold, so I was happy with my time!

This is a great ride weekend.  They change locations every year and always stay in the Plains of Colorado.  This year, it started in Keensburg and ended in Brush.  We just did the Saturday Century ride, which ended up being 116 mile bike ride.  It was tough!  But it’s a fun tour through the towns.  We visited Keensburg, Ft. Morgan, New Raymer, Stoneham, and Brush. 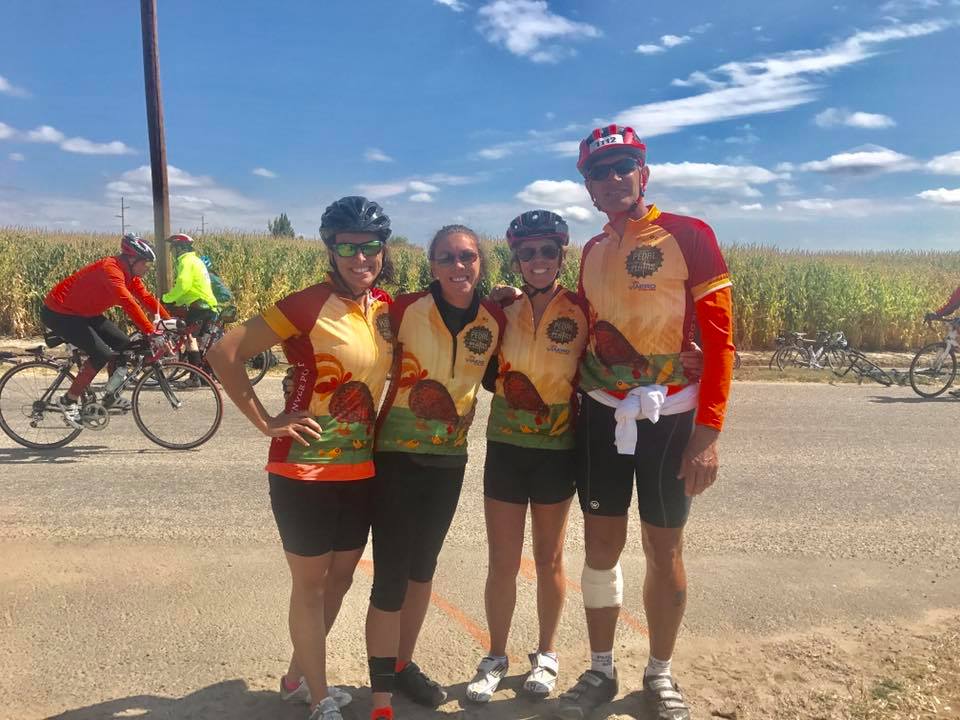 I finished up the season with another half marathon.  I totally underestimated the course.  It was in Scottsbluff, NE and it was SUPER hilly.  But it was an absolutely beautiful course.  Totally worth the pain.

I had to stop and take this picture at mile 12.  It was awesome seeing about a half a mile of American flags.  The picture doesn’t do it justice.